Sometimes known as the rich man’s drug, due to its high cost and its popularity amongst high powered businessmen and celebrities, cocaine is a highly addictive substance. A white powder, usually administered by sniffing into the nostrils, it delivers an immediate high.

The initial euphoria and seemingly inexhaustible energy experienced with its usage lead many to become addicted to this drug in a fairly short time. It can seriously harm the individual physically, mentally and emotionally, leading to relationship collapses and financial and work performance issues.

Understanding some of the tell-tale signs of its usage and of an overdose can save an individual, a family, a business or indeed a life! We look at three aspects of this – the physical symptoms, behavioural symptoms and finally signs that an overdose has occurred.

These are typical tell-tale signs, not necessarily associated with cocaine addiction, but if a few of these are observed there is a good chance that cocaine is at the bottom of it…

Symptoms of an overdose

Tragically if early symptoms are not recognised, and no form of effective rehabilitation entered into, the result can ultimately be a cocaine overdose resulting in anything from great discomfort to even a heart attack or stroke.

The signs that an overdose has occurred are…

The Transformation Life Centre (TRE) in Sandton – one of Johannesburg’s affluent suburbs, is an establishment that through faith-based tried and tested rehabilitation techniques can fully restore substance abuse and alcohol addiction sufferers to a normal life, permanently free of their addiction.

About Us
Programs
Facilities 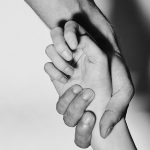